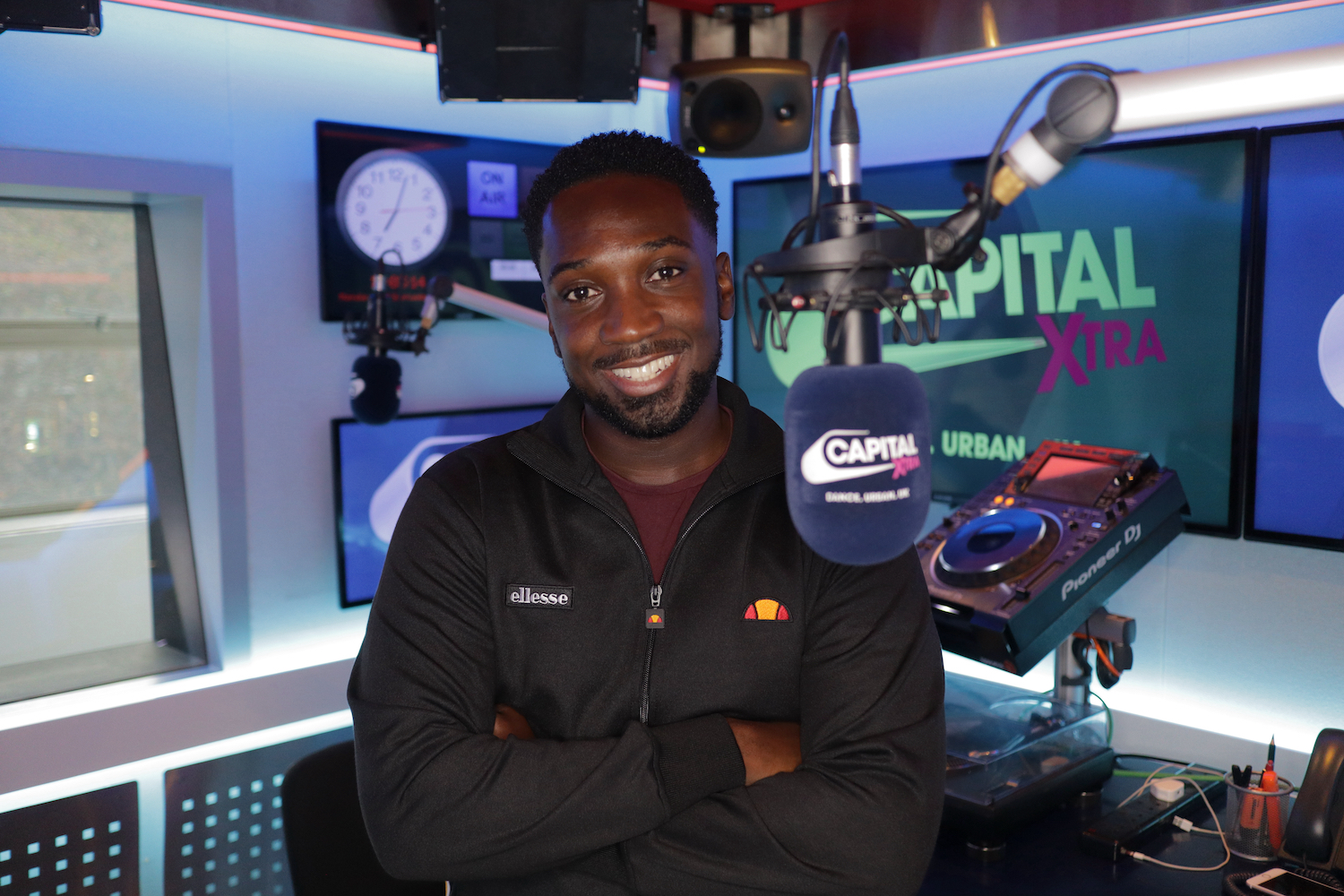 Who Is Robert Bruce?

National award winning broadcaster, presenter and voice over artist Robert Bruce has shaken up the airwaves both in UK & internationally and is fast becoming one of the most sought out presenters & interviewers in his space. From working the red carpets, interviewing the stars and giving away awards on national TV, Robert Bruce is a broadcaster on the rise. Currently the Capital Xtra Breakfast show host, Robert is also known for his work with the Mobo Awards, Tommy Hilfiger, Sky Sports and more.

Born and raised in Dagenham, London; he started his presenting career hosting local shows during school days, before joining the student radio station at the University of Leeds, graduating with a Broadcast Journalism degree.

Robert continued to thrive during this time; flying the flag for young black presenters in the city. Alongside DJ’ing and working for BBC Introducing, Robert won numerous National Student Radio awards for his show SpiceUK. At age 22 and while still at university Robert made his debut on the UK’s biggest radio stations for Hip-Hop & RnB, Capital XTRA. After working through the ranks and previously hosting is now the host of the Capital Xtra Monday to Thursday evening show and Saturday Drive time, Robert Bruce is now the Capital Xtra Breakfast Show presenter, all in the space of 5 years.

Robert has also bought the Homegrown show to life with sold out shows at London’s Koko, Shepard’s Bush Empire and Boxpark Croydon since 2018. With performances from AJ Tracey to NSG, Aitch and Tion Wayne.

Robert has become synonymous with the UK scene as being one of the few presenters in the UK that gets priority interviews for some of the biggest acts, projects & exclusive releases in the UK. Robert is able to create compelling conversation and achieve a level of trust and transparency in his interviews, leading to viral moments as seen with the likes of D Block Europe and Stormzy.

Robert’s collaborations with notable brands such as the MOBO Awards has seen him hosting on the red carpet at their 2021 ceremony and their IG Live (‘Lowdown In Lockdown’ series interview names like Angela Yee, Leigh-Anne Pinnock, Kranium and Eve Apio)

As Robert continues to become a revered broadcaster, presenter and interviewer, he is constantly diversifying his ventures and interest. He has created platforms like 5 Artists Under 5K, showing his ability to spot the most exciting upcoming talent, artists like Serena Isioma and Bellah who’s stars are steadily on the ascent. Robert displays love of sport through his Tracks and Tactics podcast which launched during lockdown, bringing together football fanatic friends from the music industry to discuss news from both industries. 2022 will see Robert continue to branch out into his other areas of interests, combining music with gaming, tech and UFC.

Robert Bruce is well on his way to becoming the go-to conduit for the voices of our generation across music, culture and sport in the U.K. and beyond.